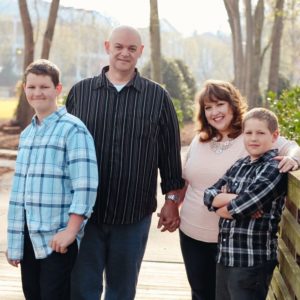 Hi, I am Keith Murray. In April of 1996, I married my amazing wife, Holly. When I got back from my honeymoon, my dad, Stan Murray, approached me about coming to work with him in the insurance business. He had been a successful insurance agent since before I was born and supervised a unit of agents with Bankers Life and Casualty. Dad felt it would be something I would enjoy doing. Two weeks later I did go to work with him. He was right – I still love it after over 26 years in the business.

In January of 1999, dad was on one of his required trips as my supervisor with me into the field. We were working in Greensboro, GA that day and stopped for lunch at his favorite restaurant – Waffle House. The possibility of leaving the confines of a captive company where we could only represent that one company’s products to become independent and represent many companies was the topic that day. We talked about the possibility of starting our own agency together.

A few days later, my dad was in a car accident that took his life. Two months after that, I followed up on our discussion and started my own independent insurance agency, and thus began Integrity Senior Solutions Inc.

Throughout high school and into college, I excelled in music playing saxophone and tuba. In my senior year of high school, 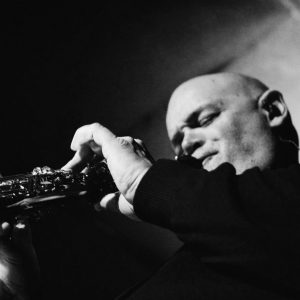 I made first chair on both instruments in the All-State Bands, and pursued a music degree at Augusta College (now Augusta University). After that, I traveled around the world with a well-known Christian group called Truth. My YouTube channel with my music can be found by following this link – Keith’s YouTube music channel

My wife and I have two sons, Caleb and Joshua. In 2011 when he was 11 years old, Caleb was diagnosed with a rare bone cancer called Ewings Sarcoma. Caleb was prayed for and we saw the tumor instantly disappear from the side of his leg. The doctors could not explain it! He still had to go through 15 months of chemotherapy and is doing great today. We are very thankful.

My wife, Holly, has a Bachelor’s Degree in Early Childhood Education and a Master’s degree in Classroom Technology. After leaving the public classroom to homeschool our two boys, she is now an author and has a publishing company called Integrity Publishing. Holly wrote a book about our journey through cancer and two amazing miracles that took place during that journey. They were unexplainable by the doctors. Her blog website is https://hollydmurray.com, and you can find her book, Believing for a Miracle, on Amazon.

When Caleb was going through chemo, the assistant for 7-time NASCAR Champion Jimmie Johnson found 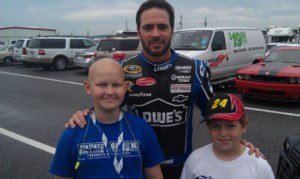 out that we were at the Talladega race that year and invited us to meet Jimmie. It was a huge deal to Caleb, who was a big fan of his. Jimmie was very encouraging to Caleb and told him to keep up the fight – which he did!

I also enjoy serving on the music team at my local church. I am a licensed Amateur Extra class ham radio operator. My ham radio callsign is NQ4B. But above all, I love being with my family.

Thanks for dropping by and learning a little about me. I look forward to serving your insurance needs.

Thank you for sharing!