The US Food and Drug Administration (USFDA) announced a recall of Losartan over concerns that possible contamination could cause cancer. This is the third such recall of blood pressure medications issued over cancer concerns.

About the Losartan Recall

Sandoz, a pharmaceutical company, says it is recalling a single lot of losartan potassium hydrochlorothiazide tablets because the pills could contain an impurity known as N-nitrosodiethylamine (NDEA).

Sandoz Inc. is voluntarily recalling one lot of Losartan Potassium Hydrochlorothiazide Tablets, USP 100mg/25mg to the consumer level. This product is being recalled due to the trace amount of an impurity, N-nitrosodiethylamine (NDEA) contained in the API Losartan, USP manufactured by Zhejiang Huahai Pharmaceutical Co. Ltd. Sandoz Inc. Losartan Potassium Hydrochlorothiazide product is manufactured by Lek Pharmaceuticals dd, Ljubljana, Slovenia. This impurity, which is a substance that occurs naturally in certain foods, drinking water, air pollution, and industrial processes, has been classified as a probable human carcinogen as per International Agency for Research on Cancer (IARC).

The voluntary recall is for 100 milligram/25 milligram tablets with the lot number JB8912. The affected product was distributed nationwide on or after October 8, 2018. The recall affects less than 1% of the national losartandrug products. The FDA report goes on to say that Sandoz has not received any reports of adverse events related to the affected lot.

What You Should Do

Patients who are on losartan should continue taking their medication. They may be more likely to be harmed if the treatment is stopped without an alternative. The risk of not using the prescribed medication could be greater than the possible cancer risk, according to the Nov. 8 recall notice. 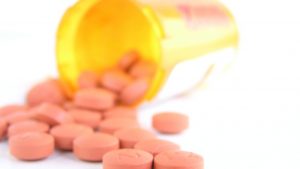 This latest recall follows several others announced since July when the FDA announced the recall of five separate valsartan blood pressure drugs over possible NDEA and NDMA contamination. Many more were announced in August as the recall spread to Canada and the European Union. Earlier this month, a blood pressure drug known as irbesartan was recalled.

Patients with questions about the recall can contact Sandoz Inc. at 800-525-8747 or email [email protected] Additionally, you can contact the pharmacy that filled the prescription to see if they received tablets from the affected lot.

If you are currently taking this medication, you are advised to speak with your doctor before stopping use. If your doctor recommends a change of medications, you can contact Keith Murray at ExpertMedicare.com or call 1-888-228-6119 to find a Medicare Part D plan that covers your new prescription.

Thank you for sharing!