I received this email from a policyholder today concerning the so-called Open Enrollment period every fall. It is a reminder that there is so much misinformation and confusion being pushed through TV commercials and other advertising venues. 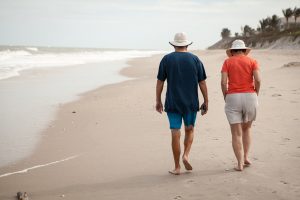 The Annual Election Period (AEP) runs from October 15 through December 7 of each year. This is NOT Open Enrollment. The use of that term is very confusing to Seniors and others on Medicare, especially to those on original Medicare with a Medicare Supplement. The AEP is a time that people who have a Medicare Advantage plan or a Part D prescription drug plan can change plans. Since those plans change from year to year, it is good to reassess them. The coverage under a lettered Medicare Supplement Plan, such as Plan G or Plan N, never changes.

Open Enrollment actually is the period time when you first enroll in Medicare and choose a Medicare supplement policy with no underwriting or pre-qualification. Here is an excerpt from our article about the various enrollment periods and how they work:

This Open Enrollment period also occurs if you delay your enrollment in Medicare Part B because you stayed on an employer plan. In this case, it gives you guaranteed acceptance that lasts until 6 months after your Part B effective date. During the Medicare Supplement OEP, you can apply for a Medicare Supplement plan without having to go through medical underwriting. This is your one chance to go with any company and any plan that you choose. In other words, you cannot be denied acceptance into a Medigap plan of your choosing based on your health conditions.

Below is the email from a policyholder and my response where I went into a lot of detail explaining the answer. I felt that it would be good for others to have this information as well, so I posted it here for you.

I am curious about 2 Items:

I notice on the many commercials currently on TV, there is a big push to persons on Medicare who may wish to change their companies.  If they choose to do that, wouldn’t they be subject to having to qualify for coverage to include pre-existing issues? (Most seniors have a few). And if so, how would that make financial sense?

I gather that if someone wants to leave a “Medicare Advantage” plan and get a regular medigap policy like I have, they would be subject to applying and hopefully qualifying but at a higher rate than if they had done so at the beginning. But would the same financial hurdles apply if you want to leave a regular Medigap policy and get an Advantage at a later date?

Yes, there is a ton of advertising and pushing people to Medicare Advantage plans this time of year. It is the Annual Election Period (AEP), which many on TV and in government incorrectly call Open Enrollment. AEP runs from Oct 15 through Dec 7. During that time, people with Medicare Advantage and Part D drug plans can change plans for the upcoming year. This does not apply to people like yourself with original Medicare and a Medicare Supplement plan.

You can actually change your plan at any time of year that you want to. It is very confusing and considering what a big money-maker it is for the companies, maybe intentionally confusing. I cover some of that scheming and the disadvantages of the Medicare Advantage plans in this YouTube video :

Medicare Advantage - Does it Benefit You, or the Company??

Medicare Advantage plans have one underwriting question. That question is – do you have end-stage renal failure? People with pre-existing conditions are able to move in and out of Advantage plans pretty easily. But people don’t stop to consider why that is. The reason is that the coverage is not that good.

We get 1-4 calls every single week (because of a popular YouTube video I did about how Medicare covers cancer) from people looking to leave their Advantage plan for original Medicare with a Medigap policy. The Medigap policies like yours DO require underwriting unless there are special circumstances such as being new to Medicare or if someone has been on an Advantage plan for less than 12 months, they have a Trial Right to leave that plan and go back to a Medigap plan with no underwriting. Once these people are diagnosed with something serious, they find out how bad their coverage is.

On almost all Advantage plans, they have to pay the 20% co-pay for chemo and radiation. I can tell you from when my son had cancer, he had one drug that he took 3-4 times a month that was over $10,000 per dosage. In less than a month, someone could meet their maximum out-of-pocket cost allowed by Medicare of $6,700 in-network ($10,000 out of network). And when a new calendar year rolls around, that out-of-pocket maximum resets. We have lots of calls from people who end up paying $13,400 out of pocket in a matter of weeks because of chemotherapy and radiation co-pays. One other note about these calls – many have learned that there are many top-tier treatment centers that do not accept ANY Medicare Advantage plans, only original Medicare with a Medicare Supplement like yours. These include Mayo Clinic, John Hopkins University, and the M. D. Anderson Cancer Clinic among others.

In addition to all of that, these folks have to hope and pray that the best oncologists are on their network. When a cancer diagnosis comes, you don’t want to have to choose among the doctors that are in your network to see where you can go. You want to find the absolute best doctor around and go to them without worrying about if they will take your insurance or not.

To answer the last question in your first paragraph, it makes no financial sense. As long as you stay healthy, the Medicare Advantage plans are a great choice. As soon as you need to use it, you find out how lacking the coverage is.

For your second question, the answer is yes, unless they qualify for an Open Enrollment Period because of being new to Medicare or are leaving a Medicare Advantage plan within the first 12 months and utilizing the Trial Right benefit, they would be subject to underwriting. Also, with most companies and states, for every year older they will have a higher rate because of being a higher age classification.

Here is one of my most popular videos where I go into detail about the pros and cons of both the Medicare Advantage program and Medicare Supplement coverage: